Is Head-Hopping Amateur Writing or A Writer's Tool? 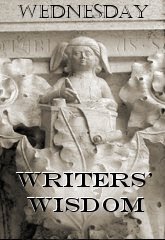 Well...let's see what the experts say:

"Head-hopping--shifts in POV from one character to another within a scene--signals the work of an amateur to an editor, who will toss the manuscript out without a second glance even if a good story might be hidden beneath the head-hopping POV." From Writing the Christian Romance by Gail Gaymer Martin (pg. 128).

"When you jump from head to head, as in the Lonesome Dove example, you're trying to achieve narrative intimacy with all your characters at once, and readers will almost always find that more confusing than engaging." From Self-Editing for Fiction Writers by Renni Browne & Dave King (pg. 52).

"I recommend the discipline of 'one scene, one point of view.' If you need to change POV, you should start a new chapter or leave white space to signal the switch." (pg. 65)

"Avoid Muddy Viewpoints: Each scene needs to have a clear point-of-view character. The rule is one POV per scene. No 'head hopping.'" (pg.241) From Revision & Self-Editing by James Scott Bell.

"In general, I advise the less-experienced writer not to mix points of view within the same scene, chapter, or even the same novel. It is unsettling to the reader. If you mix points of view, the author's authority seems to dissolve. The writer seems arbitrary rather than controlled. Sticking to a point of view intensifies the experience of a story. A wavering or uncertain point of view will diminish the experience for the reader.

The experienced writer who has mastered point of view can experiment with tightly controlled yet shifting viewpoints." From Stein on Writing by Sol Stein (pg. 129).


The general consensus seems to be that head-hopping is ill-advised. It can not only confuse the reader, it also detracts from achieving narrative intimacy with your characters. Even in Stol Stein's Stein on Writing writer's manual, where he suggests that an experienced writer might utilize head-hopping, he recommends it be done in a "tightly controlled" way. That implies, to me, that he's not saying that the experienced writer may have the skills to flawlessly alternate POV multiple times on a single page, or within a single scene, or chapter, without disrupting the story flow or the bonding of reader to character. He is rather, suggesting, that if sparingly done, and for good reason, the experienced writer can alternate POV within their novels at appropriate break points in such a way that the readers can become intimate with more than one story character.

So why do we find newly published books with head-hopping, when clearly we are instructed for several good reasons not to mess with the "Stick with one POV per scene or chapter" rule?

Is it amateurs who produce these head-hopping books that somehow slip past the editor's desk unedited it would seem?

From my findings, head-hopping is usually found in works by established authors. It's almost as if the rules are relaxed for the multi-published. Either that, or the editors are trusting their authors, and no longer actually read what is submitted.

When an author can get away with switching point of view every few lines repeatedly within their manuscript, in scenes where it is clearly unnecessary, then to me it's lazy writing and not only messes with my mind, trying to bounce from character to character, it ruins the story. No longer am I anxious to discover what the other character thought of what just transpired in that scene. By revealing both characters POV at once nothing is held back, therefore intrigue or suspense is at best weakened, at worst, nonexistent. And that's just wrong in the eyes of this reader/writer.

There are readers out there who supposedly aren't affected by head-hopping. But I wonder just how much more effective the piece would be to them if the story were written in such a way that they could experience it for just a little bit longer through a single character's POV? Would they enjoy the anticipation of discovering what the other character might be thinking, rather than knowing it immediately?

When I write my first drafts, I admit, I often head-hop. It's so easy to do, and helps me understand my characters better. But then I'm a seat-of-the-pants writer, so I learn about my characters as the story unfolds. It's in the second draft that I clean that head-hopping up and discover how to utilize the single POV rule to my advantage. By sticking to one POV per scene, I am able to add more intrigue and suspense to the story, but even more importantly, I'm able to deepen the POV character's characterization. A lot can be shown about who a character is and what makes them tick, when we see other characters through their eyes.

Does the non-existence of head-hopping in a novel ever bother a reader, I wonder? I've never heard of anyone complain of such a thing. So, for the sake of those readers who do find head-hopping frustrating and unappealing, it would be nice if all authors, established or otherwise, would take the time and energy to follow the "no head-hopping" rule. Then I could really enjoy every good story without technique getting in the way!

So what are your thoughts on head-hopping? Really, I want to know!

Eileen
Posted by Eileen Astels Watson at 5:47 AM

I think you said it pretty well! Even though I usually employ two povs per scene, I try to used the switch to up the conflict/tension, not to explain it.
Thanks Eileen!

I'm curious. Do you provide a line space between the POV switch within the scenes you share POVs? To me, that's not head-hopping. A line-space clearly tells me a change is coming, either time wise, location, or POV.

I, too, have switched POV's within a scene on occassion. I make sure it's well into the book, after I've established a reader/character relationship, and I have a reason for doing so, and I always provide that blank line space to avoid jarring the reader (aka, myself, at this point).

What I consider as annoying head-hopping, is when the writer just alternates without warning between multiple characters POV's. That's what is jarring to me. A clearly defined switch in POV I have no problem with, it's the back and forth, never getting into a scene via a defined POV character that I have difficulty with.

Thanks for stopping by, Jessica!

Head-hopping in published books drives me nuts, and I edit carefully to make sure I'm not doing it. However, I do often change POV with each chapter, with my MC getting the bulk of the chapters.

Hi, Marie. To me, if you give the reader heads-up that you're changing something (ie. line space) then it's not considered head-hopping. I love getting into multiple characters' heads while reading, just not bouncing between them, back and forth.

Certain stories really do require multiple viewpoints to tell them well. Presenting distinct voices is the challenge there, though.

I dislike head-hopping too and try NEVER to do it. However, I once judged a contest for published authors, and the best, most interesting novel in the bunch that I read head-hopped all over the place. Others liked the head-hopping novel, too. It won a Rita.
Go figure.
Love,
Molly
www.mollynoblebull.com