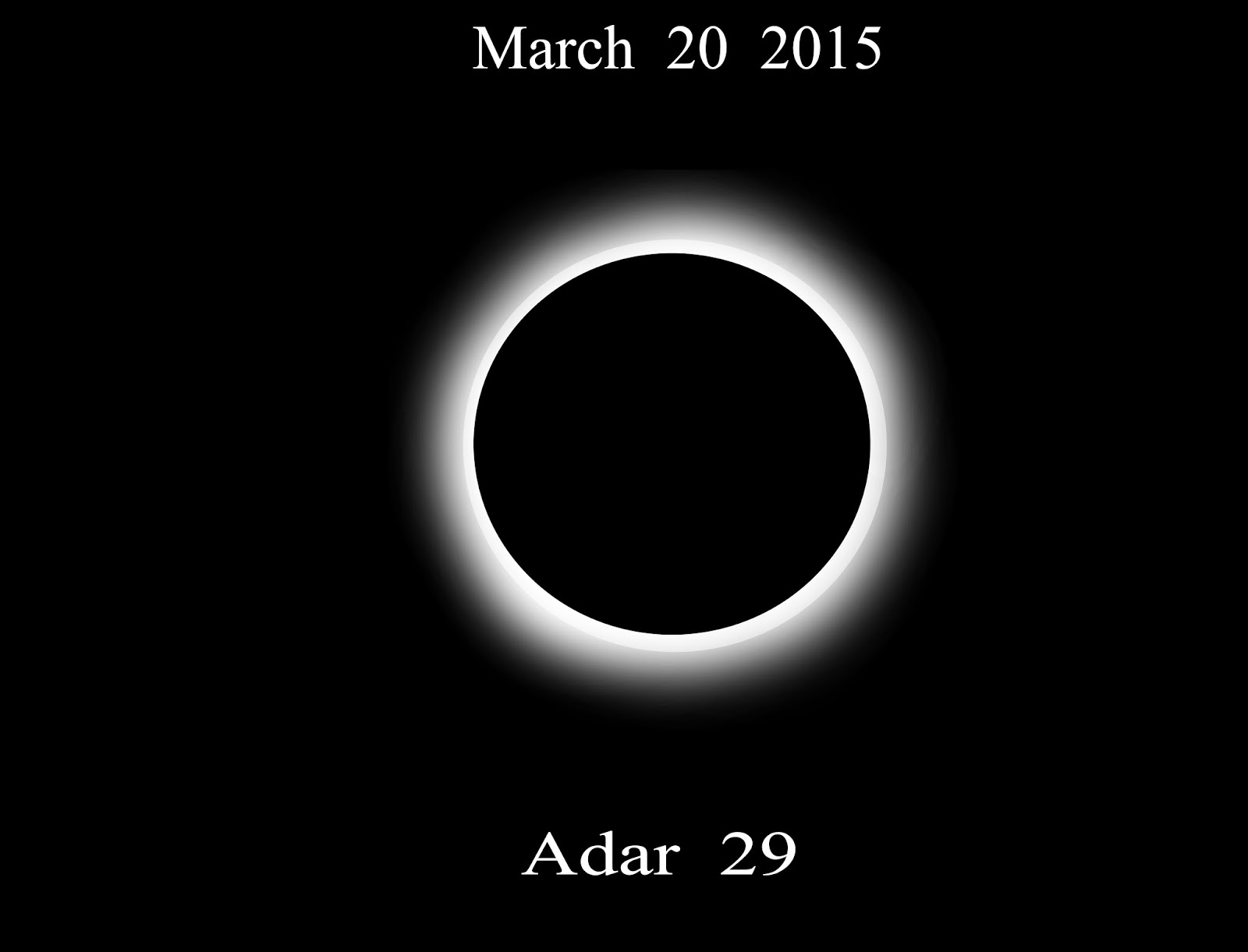 A solar eclipse located at the North Pole and associated with the 4 Blood Moons will take place on Friday, March 20, 2015, and last for two minutes. This rare event will begin at 12:18 PM Jerusalem time.
For the United States, the eclipses will begin at 6:18 AM and last until 6:20 AM Central Time, and many believe that the Blood Moons and the solar eclipse on March 20th  are signs from God—urgings to repent while there is still time and follow the Lord.
Blood Moons are said to be connected to prophecies related to the Nation of Israel and solar eclipses are connected to prophecies related to the entire world.
March 20th is the first day of spring, and according to Root Source, a Christian and Jewish web site, a total eclipse on the first day of spring at the North Pole happens once in a hundred thousand years.
The solar eclipse of 2015 will be followed by two blood moons this year. The next blood moon will occur on April 4, 2015.
The illustration on this page was done by Courtney Young.
Stay tuned.

Posted by Molly Noble Bull at 3:26 PM No comments: