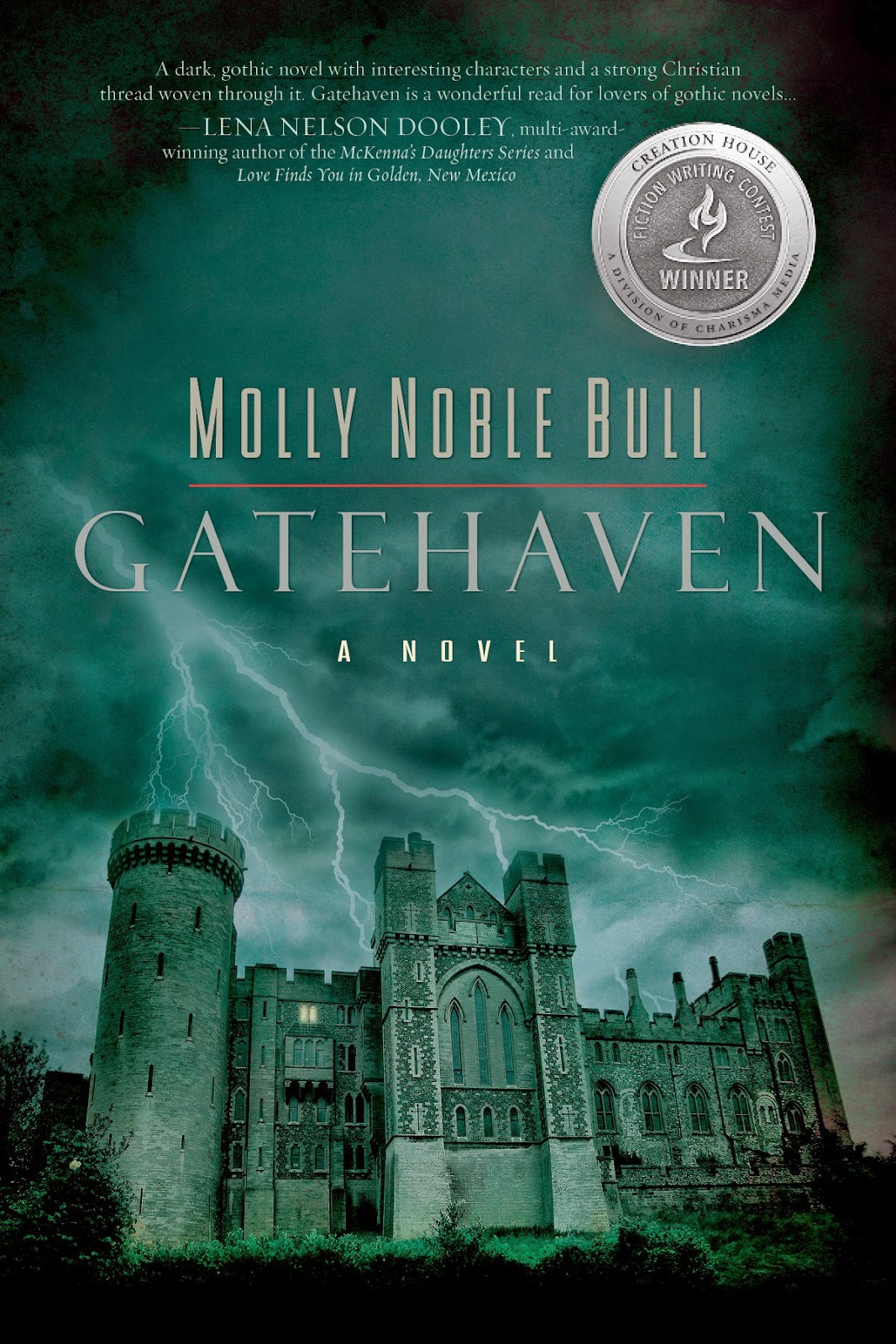 Are you looking for an October novel that will scare the living daylights out of you and teach you a lot more about the Bible at the same time—spiritual warfare vs. the occult? If so, then Gatehaven by Molly Noble Bull is for you.
Set in a scary mansion in the north of England in 1784, Shannon Aimee, a young and naïve peasant girl living in Luss, Scotland, is offered a proposal of marriage from the handsome and wealthy Earl of Northon, and he invites her to Gatehaven, his family estate in England, to meet his mother and grandmother before the marriage takes place. Her family and her childhood friend, Ian Colquhoun, see danger ahead and try to persuade her not to go. However, she refuses to listen—until she realizes that the doings at the mansion are more than meets the eye.
Will Shannon and Ian be able to save themselves and their loved ones before it is too late? Or will the forces of evil win?
Gatehaven by Molly Noble Bull is a Christian Gothic Historical, and it won the Grand Prize in the 2013 Creation House Fiction Writing Contest as a manuscript and was published in trade paperback and as an e-book in March 2014.
Click below, take a look and read the first part of the novel for free.
http://bit.ly/Gatehaven
Molly is offering 30 free Kindle e-books to anybody living in the United States. Leave a comment and an email address to win.
Then read “The Strange, The Supernatural and Blood Moons,” Molly’s scary article in the October issue of Book Fun magazine.

Posted by Molly Noble Bull at 3:18 PM No comments: