SHOULD YOU WRITE A PREQUEL?

We’ve all anxiously awaited the release of a sequel to our favorite movie or book. But have you ever read a pre-quel? Have you ever wanted to? By name alone, you can figure out what a prequel is even if you’ve never read one. A pre-quel is a story told after the fact about how it all started with your favorite characters or setting. As a shameless lover of back story, a prequel is a fascinating concept for me. I love, love, love knowing how it all started, where it began, what actions set in motion the story that captured my imagination and created characters that live on in my heart.

George Lucas made piles of money to heap upon his other piles of money with his Star Wars Prequels. While they may not have received rave reviews from critics, they appealed to a certain demographic—like me—who love knowing what happened before the real story happened.

The rise in popularity of prequels, especially in the thriller or fantasy genre but certainly not limited to those, got me thinking about my own prequel possibilities.

I think most book series have the potential for the writer to capitalize on a prequel. My Jenna’s Creek series of novels has a loyal fan base who have expressed interest in a prequel. I would certainly enjoy writing one. I’ve added that project to an already long list of books to write if the Lord gives me enough time in front of my computer.

Let us know what you think. What book or series do you believe deserves a prequel? Have you ever read one and what did you think? Are you in the “enough already” crowd who thinks writers should move on to new material? Or are you aching to see more of your most beloved characters?


Gatehaven, my upcoming historical, will be published in trade paperback in early October 2013 and also as an e-book. I am calling it a Christian Gothic.
Set in a haunting mansion in the north of England in 1764, Ian Colquhoun and Shannon Aimee battle a Frenchman with dark secrets. It's spiritual warfare vs.the occult with a question.
Will they learn enough about God’s Words to defend themselves and others or will evil overcome them?
I will be telling more about Gatehaven in the coming weeks.But for now, I want to post what is written at the top of the page that you might not be able to read. It's part of Lena Nelson Dooley's endorsement.

A dark gothic novel with interesting characters and a strong Christian thread woven through it. Gathaven is a wonderful read for lovers of gothic novels.
Lena Nelson Dooley

#
I forgot to mention that Gatehaven won the 2013 Creationi House Fiction Writing Contest, and part of my prize for winning was the publication of Gatehaven in trade paperback and later as an e-book. Look for Gatehaven in early October 2013. To find all my books, write Molly Noble Bull in the search slot at online and walk-in bookstores.
Posted by Molly Noble Bull at 5:49 AM 11 comments:

DO YOU BELIEVE IN GIANTS? L.A. Marzulli does. 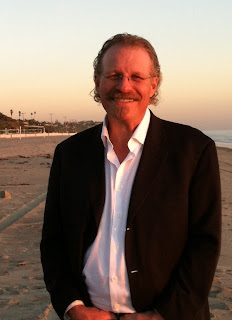 Fe, Fi, Fo, Fum. Are giants real?
I didn’t think so. I always thought stories about giants were fables like Cinderella, Jack and the Beanstalk and Peter Rabbit.  But after I discovered that giants are mentioned in the Bible, I wondered.
The David and Goliath story sounded a lot like Jack and the Beanstalk, and the story of David and Goliath is found in the Bible. For me, that meant it was true. Then I found still more about giants in the Bible.
Now I was really confused.
Two Christian ministries helped clear things up for me.
.   Prophecy in the News: www.prophecyinthenews.com
.   Sid Roth’s (It’s Supernatural): www.sidroth.org
You’ll find out a lot about giants from L.A. Marzulli, Tom Horn and others, if you visit Prophecy in the News. One of the first things you will learn is that giants are called the Nephilim and that giants are hybrids—half human and half fallen angel. Yep, there really are fallen angels, and according to the Book of Genesis, the first book in the Bible, there were giants on the earth.
In those days, and even later, there were giants on the earth who were the descendants of human women and heavenly beings. They were the great heroes and mighty men of long ago.
Genesis chapter 6 and verse 4, Good News Bible
Some think the great heroes and mighty men mentioned in the verse above could refer to characters like Apollo and Zeus found in Greek literature, and if you would like to learn more about giants and this interesting topic, click below. Then buy L.A. Marzulli’s book and DVD On the Trail of the Nephilim. 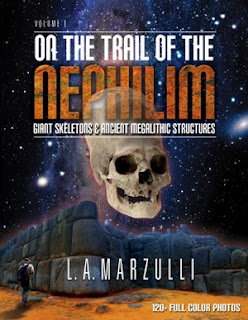 Yep, it's kind of scary. Yet the info is based on the Bible.
Who said the Bible wasn't interesting?
Click below to hear a Prophecy in the News Interview with L.A. Marzulli about this book and his DVD. Watchers 6.
https://vimeo.com/68701399
Then click to hear Sid Roth’s five days of radio interviews with L.A. Marzulli.
http://www.sidroth.org/site/News2?abbr=tv_&page=NewsArticle&id=13321
Fantastic!