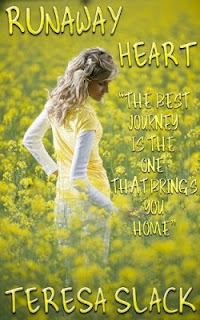 What's the story about?

Running at the first sign of opposition is nothing new to Kyla Parrish. She’s never held onto a relationship for more than a few months, and she’s quit more jobs than most people apply for. Until Will Lachland. He’s the first man who ever made her think of getting serious about something, about putting down roots. But she can’t forget her mother’s ominous warning. Men are users. They take and take and leave nothing but a dried shell of who she used to be. Fear of losing her heart to anyone or anything has kept Kyla running all her life. Will she find what she seeks most in the least likely place—home?

“Never give a man more than you can afford to lose. Keep back the important part for yourself. It’s the only way to survive after they tire of you and leave, as we both know they will.”

Her mother’s words of advice proved to be prophetic in the way Kyla Parrish lived her life.

Kyla recognizes the same patterns dictating her life that made her mother run from every job, relationship, or town as soon as things didn’t go her way. Kyla is determined not to end up like her mother with a string of bad relationships and dead end jobs behind her, but she can’t find a balance between trusting someone with her heart and losing control of her life.

Will Lachland is the first man to make her think of getting serious about something, about putting down roots. But she can’t forget her mother’s ominous warning. Men are users. Will may seem like her dream come true, but like every other man out there, he expects more than she can give.

With her back against the wall, Kyla heads to her mother’s family farm, the only place where she ever felt safe. Where she felt like she belonged. She hasn’t seen her grandfather in thirteen years, and things on the farm are not as she remembered. But Kyla has to make the arrangement work. She’s tired of running. Running from life and running from love.

A new man and a new life seem like the answer to her prayers. But things are never as simple as they seem. Her heart yearns for love and security. Can she find it with Brandon McDermott even though she can’t forget Will? Or is something else, something greater, calling her heart toward home and toward a relationship with the One who knows what she’s running from?
Posted by Molly Noble Bull at 10:10 PM No comments:


Here is the cover of my novel Cinderella Texas. Do you know what kind of novel it is? 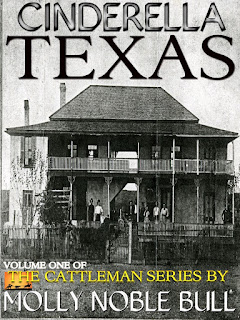 Posted by Molly Noble Bull at 4:36 PM No comments: 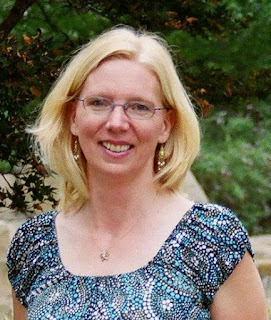 Teresa Slack expected her new book, Sarah's Sin,to be published this week. She'd planned to feature it on this website today and on other sites as well, but the publication date was delayed. All she can do now is is beg your patience and understanding.
She'd also planned to give away free downloads, and she will. But it will be later on in the month or early next month.
Teresa put it this way.
I am so sorry it worked out this way. I feel like a dope even though it was out of my control.
In a nutshell, we at Writers Rest are sorry we don't have a new article this weekend. Please check back. We promise to have something interesting and new soon.

Posted by Molly Noble Bull at 5:57 PM No comments: 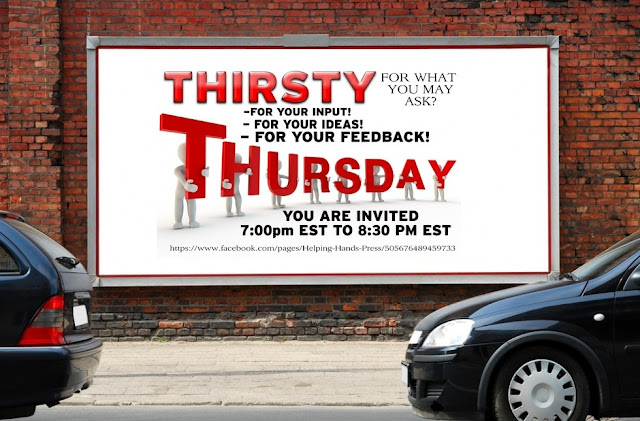 Just sign in at Facebook. Then go to Helping Hands Press. You could win free books.
Posted by Molly Noble Bull at 11:50 AM 3 comments: 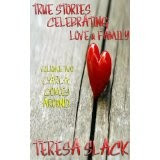 Teresa Slack spent most of her writing career focused on novels. Her first, Streams of Mercy, won the 2005 Bay Area Independent Publishers Award for Best First Fiction. Her latest novel, Runaway Heart, was published in February and is available for release as an e-book by Helping Hands Press. But she’s recently discovered writing short stories is a whole lot of fun.
Released May 1, Carla Comes Around was a fun story for Teresa to write. While she never felt as though she was running away from anything like her story’s heroine, she definitely felt few people would miss her after she left her small southern Ohio town following graduation. Carla Comes Around is the second of Teresa’s series True Stories Celebrating Love & Family. The next installment, Sarah’s Sin, is due out next week—a very unconventional Mother’s Day release.

Happiness for Carla Fischer was Cartersburg, Tennessee in her rearview mirror. She couldn’t wait to ditch the tiny town where she spent a rotten childhood as soon as the ink was dry on her diploma. When she receives an invitation to her thirtieth year class reunion, she doesn’t waste a moment thinking about going. There’s not a soul in town she wants to see. Well, okay, maybe one soul, but Tim Shelton barely knew she was alive thirty years ago. She doesn’t expect him to remember her now.

When Carla’s sister Patty announces she’s sinking her life’s savings into a local gift shop, Carla leaves her hectic life in Atlanta and heads to the one place she said she’d never go. Cartersburg hasn’t changed in thirty years, but Carla has. Hiding behind a hard veneer to protect her fragile heart, she has no interest in reconnecting with old friends. But everyone wants to see Carla, the small town daughter who never came around after fleeing to the big city.

As time for her thirtieth-year reunion draws nearer, Carla is reluctantly drawn into her sister’s excitement over her plans for the gift shop. Carla wants to be part of her sister’s life, but she loves her life in Atlanta. Can she forsake her career for something that has alluded her most of her life? Peace, contentment, family. When Tim awakens a long dormant love in her heart, Carla begins to wonder if Cartersburg is the only place for her that’s truly home.

Check out her short stories and other titles on her Amazon page http://www.amazon.com/Teresa-D.-Slack/e/B001JP0MQ2/ref=ntt_dp_epwbk_0 and wherever else books are sold. Learn more about Teresa and her writing at http://www.teresaslack.com