Passover begins at sundown on Monday, April 14th, and ends at sundown on Tuesday, April 15th. But when the moon comes up on the night of April 14th, something very exciting will happen. The first of four lunar eclipses, called blood moons because of the red color, will appear in the sky.
Lunar eclipses take place fairly often. However, blood moons are special to Bible believers when four blood moons appear on the seven feasts of the Lord found in the Book of Leviticus, chapter 23. If history is our guide, something very important will happen to the Jewish people and the Nation of Israel near these blood moons.
Pastor Mark Biltz of El Shaddai Ministries went to a U.S. government web site to see if there was a connection between four blood moons and historical events and reported his findings in an article in the May 2008 issue of Prophecy in the News magazine. Since then, John Hagee and other pastors have studied his findings and found them to be true.
.   As a result of his research, Pastor Blitz found that four blood moons occurred on Passover and Sukkot (Feast of Tabernacles) in 1493, and this happened to be the year that all Jews were expelled from Spain via the Spanish Inquisition. Certainly, this was a bad time for the Jews. However, one year earlier in 1492, Columbus discovered America, providing a safe-place for the Jews and all God’s people.
.   Mark Biltz learned that a series of four blood moons also appeared in 1949-50 which was a year after Israel became a state again after almost two thousand years.
.   The third set of four blood moons took place in 1967-68 which was the year that Israel liberated Jerusalem after the Six Day War and took possession of the Temple Mount.
.   And the fourth set begins at sundown on April 14th.
Here are the dates for all four up coming blood moons.
.   Passover, April 15, 2014
.   Feast of Tabernacles, October 8, 2014
.   Passover, April 4, 2015
.   Feast of Tabernacles, September 28, 2015
Lunar eclipses are said to be warnings to Israel. Solar eclipses are said to be warnings to the entire world, and there are two solar eclipses in 2015.
.   Adar 29/Nisan 1 > March 20, 2015
.   The Feast of Trumpets > September 13, 2015
According to Mark Biltz, the Jews sing Psalms during Passover, beginning with Psalm 113 and ending with and including Psalm 118. As a Christian, I plan either to read those verses or sing them on Passover too. 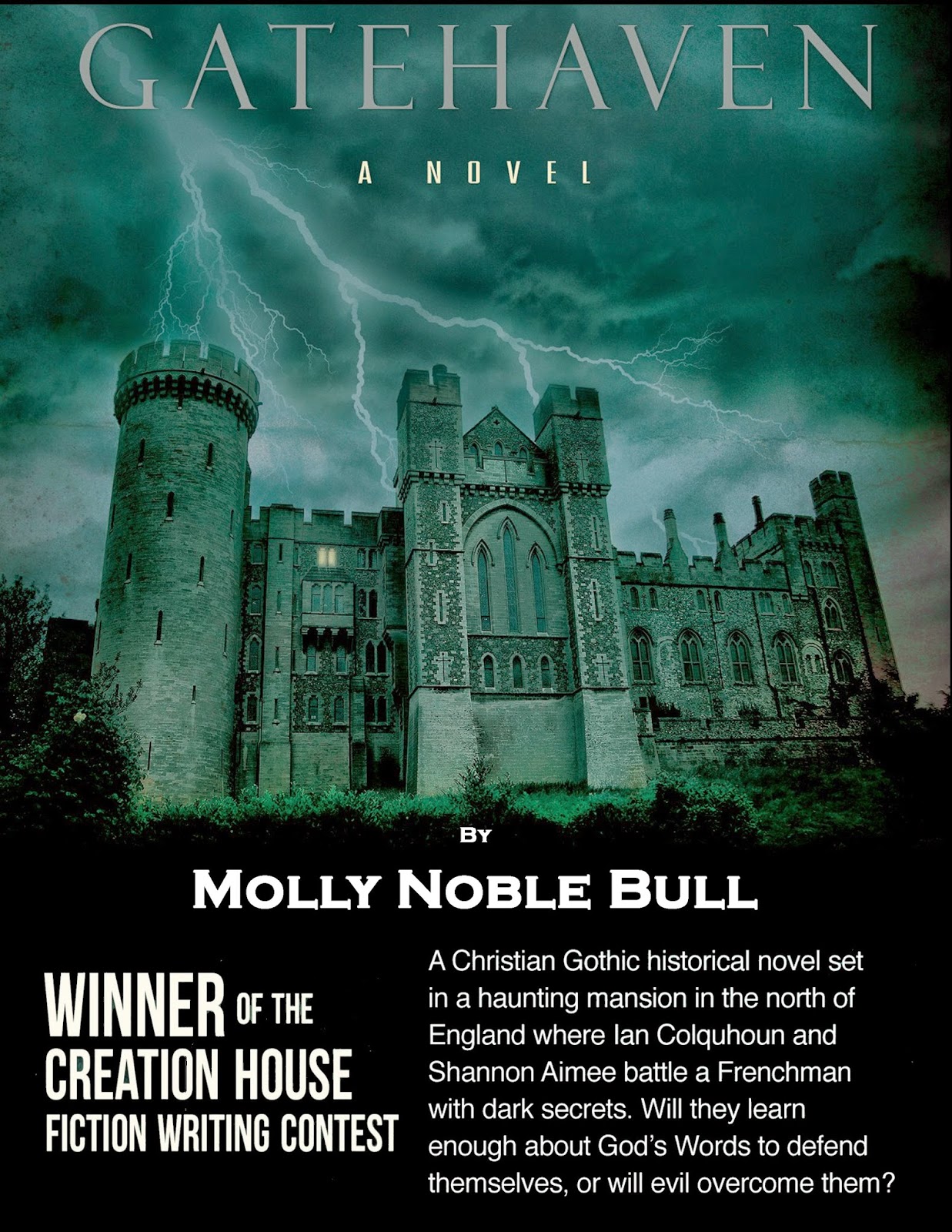 Take a look. Take a look at Gatehaven by Molly Noble Bull

Melina's Book Blog: Gatehaven by Molly Noble Bull--Review and Giveaway...:     Put on the whole armor of God, that ye may be able to stand against the wiles of the devil. Ephesians 6:11   Shannon Ai...
Posted by Molly Noble Bull at 8:35 AM No comments: