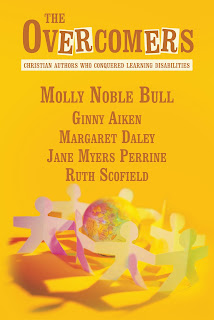 Posted by Molly Noble Bull at 7:08 AM

I agree Molly. We are in a time of great deception. And we do need to test the spirits. Good warning.

Good points, thanks for sharing.

Such false prophets were already alive and well in Paul's day and his urging us, even today, to continue to test the spirits is just as real. Thank you for the reminder!

When friends and family tell us something amazing or we read or hear something equally as exciting, we want to believe it's true. If a presence you assume is the Lord talks to you and tells something even more amazing, you would want to believe that, too.
Maybe that is what happened to poor Mr. Weinland. Let us pray that he and others like him wake up and repent.
Molly

Most of the examples you mentioned are people giving in to emotion. It's easy to do. We get stirred up in church over a particular msg or speaker & we suddenly think God is calling us to evangelize in the Sudan. Of course he'll call some for that, but often it's our emotions wanting to believe a charismatic speaker or word. We definitely need to wait for the Lord speaking to us in that still small voice, whether in big life-changing matters or even in small ones like which company should I call when my air conditioner goes on the fritz. God is there waiting to assist us in every matter if we only have the patience and wisdom to ask. Thanks for the article.

Thanks for your comments, Janet and Teresa. Today, so many people are forgetting to test the spirits with horrible results. Think how much heartache could be avoided when we do what the Bible says.
Love,
Molly

This is why it's so important to continue in The Word. That helps us to discern between the true and the false. I have heard The Word taken out of context--in fact Hitler had whole books of distorted Bible verses he used--or the wording tweeked that totally turned the meaning around. It's scary, but the answer lies in the palms of our hands.