IN SEARCH OF THE RED HEIFER

Sometimes articles are worth seeing again. This is one of those times.

Cattle come in many sizes, colors and breeds. Some are bulls; some are cows. Some are calves, and some are heifers. 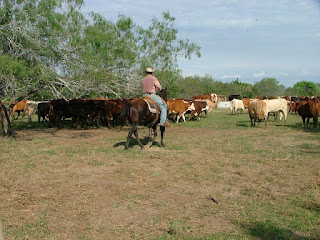 The dictionary states that a heifer is a young cow that has not borne a calf. As a ranch manager’s daughter, I always think of a heifer as young cow yet to be bred for the first time, in other words—a virgin.
Moses wrote in the Book of Numbers, chapter 19, about the mysterious sacrifice of the Red Heifer. According to the Bible, this red heifer must be unblemished, without defect and one that has never been yoked. To be the Red Heifer, I understand that she must be born in Israel. Today, cattle are shipped around the world. It would not be difficult for a young heifer or an American bull to be shipped to Israel before the breeding process began.
Click below to see a photo of a possible red heifer born in Israel and learn more about these interesting Bible facts.
http://bibleprobe.com/redheifer.htm
In 1920 the Santa Gertrudis breed of beef cattle was formed on the famous King Ranch when an exceptional bull by the name of Monkey was used in cross breeding Brahma and the Shorthorn cattle. The result was the beautiful, deep red, Santa Gertrudis breed of beef cattle. Could one of these females one day become the Red Heifer mentioned in the Bible? The cattle in the photo above are a mixture of several breeds, but the all red cattle are Santa Gertrudis cattle.

Only God knows the outcome of all this. But Santa Gertrudis cattle sure do look like the red heifer bred in Israel.

Thanks, Molly, for reposting. I love to read history of how these breeds came about and also how it pertains to God's major plan. I love thinking of how a little thing we do today may have a huge impact on God's plan for our lives or even mankind.

Thanks for leaving a comment. And I'm glad you got it -- the message within the article.
Love,
Molly

Just another reminder to get our "house in order." Though it's probably a good idea to do that anyway!

How true, Connie. How true.
Thanks for the comment.
Love,
Molly