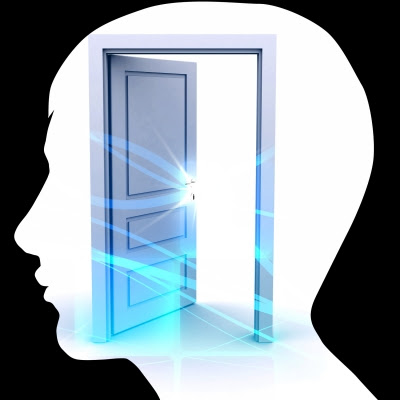 Do you think that writers have better memories than the average person? The reason I'm asking is because since I can recall, I've always had a strong, vivid memory. I remember incidents, people, situations, etc...decades after they've occurred. I'm not talking about just one incident or a sketchy detail, I'm talking tons of information about things that have happened in my life. I'm not going to necessarily remember dates. However I can recall events and incidents - these are minor incidents that don't really have much of an impact on my life - I just remember them. For example, when I was nine, my family left the military base since my dad had retired from the Army. We relocated, so, I left behind friends that I had not seen since the fourth grade. Fast forward nine years - I was in college, and I saw a male college student that I remembered from my elementary-school days while my dad was still in the military. He had no idea who I was but I remembered him. I remembered things we did in elementary school, and I recalled that his mother made a candy house every year and he'd bring it to class and we'd eat it! I then started asking about people that had graduated in his class, and he named people, people that I remembered as if I'd just seen them the previous day.

My mom has a box of old photos and class pictures. I can pull out my kindergarten class picture and name everybody on there. I remember who was who, and I also recall certain incidents that happened while I was in school with these people.

I could go on and on with examples, but I'll stop here for now. A friend of mine said I remember some of the guys because I probably had a crush on them in school. However, that's not the case here. I did have crushes, just like most girls do, however, I recall people with vivid clarity, and some of these people I didn't even have a close relationship with when I was growing up.

I was thinking about this recently and wondered, do writers have better memories than the average person? Do these vivid memories unlock the doors to our minds, exposing us to new ideas on which to focus on for future stories?

Leave a comment!! This inquiring mind wants to know what you think!

I have a sister who remembers birthdays, anniversaries, and dates of deaths of relatives who've been dead for decades. Another sister can recall the lyrics and singer of any old song. My mother is also wonderful at this.

I don't retain any of that stuff. I once heard Dandie Daley Mackell (Christian author) speak at a writers' conf about "Frozen Moments". Those little moments we can remember in absolute clarity as if they happened yesterday. I remember old friends I haven't seen in years, and even some enemies.

Like Cecelia, I remember things in scenes like I was watching it on a movie screen, and in some cases, I remember every single detail. Sometimes I see scenes through the eyes of the child I once was while at other times, I am merely a spectator. I would probably think all this was strange except I guess I thought everybody thinks the way I do.
I once heard that writers and artists see words as symbols. For example, we hear the word light and see a lighblub mentally, but it happens so fast, we don't realize we are seeing it. I think maybe I do that, too, but not all the time.
Love,
Molly
www.mollynoblebull.com

I've always been able to reminisce in much greater detail than others. They often say, "Wow, how do you remember that?" So I guess it goes with the territory. I also draw and paint, and I guess artists have to register and remember details in order to get them from eyes to fingers to canvas. I just could hardly ever remember how to do a geometry equation--if equation is even the word for geometry! LOL

@Teresa - I'm not really very good with remembering dates, especially birthdates. I've even forgotten my own birthday, I'm not kidding. I know the date of my birth, of course, but there have been times when I'll wake up on my birthday, and then not really recall it's my birthday until later in the day. I believe this is partially due to being raised a Jehovah's Witness and not celebrating birthdays. You do have a point, though, maybe, I remember events because, subconsciously, those events are important to me?

@ Margo - yes, people say the same thing to me, too, "How do you remember that?" I think it's interesting that you're an artist! It's possible that an artist's and a writer's mind are very much alike since both are creative occupations!

When I was in high school, I told everyone that when I grew up, I would be a singer or a foreigh correspondant. And I have a minor in art. So sound like you are right on, Cecelia.
Love,
Molly

I agree with Teresa, I remember some stuff from years ago that doesn't seem particularly important (for example, the lyrics to Die Nachtigall, a song we sang in high school choir- in German), but I can't remember the names of most of the kids I was in the choir with. I think I tend to remember things that tie into my creative nature moreso than other things.

Maurice, your comment has caused me to remember something! When I was in first grade, the principal at the time, Mr. Meres [ (sp?) pronounced like SPEARS, except you drop the SP and replace with an M] was retiring. And the first grade class wrote a song to sing to him since he was leaving. I remember the lyrics to that song! We practiced it and sang it to him one time! But I remember it! That was almost forty years ago! Here's the lyrics for the song my first grade class created. Our teacher helped us, too. Her name was Miss Wrobell:
Mr. Meres is leaving, we'll miss him, we'll miss him. You've been good all these years, goodbye we love you. He will play with his son, and he will go fishing sometimes. Goodbye dear Mr. Meres, thank you, thank you, thank you....

Now, do you see why people think I have some weird, convoluted mind since I retain a great deal of information?? I even remember the retirement party for Mr. Meres and I remember what he looked like. The party was on a Saturday in the cafeteria and my mother took us. They had some nice-looking cakes there, too!

All, I just phoned my mom to ask about the retirement for Mr. Meres. She did correct me on one tiny fact, the party was on a SUNDAY, not a SATURDAY as I recalled! I do remember that it wasn't held on a weekday, and I'd just assumed it was Saturday. Just goes to prove that not all of my decades-long memories are accurate! LOL!

Cecelia,I think you just have an exceptional memory or at least it is better than most people's memories. I hope that your memory serves you well especially as you grow older.

Thanks for the compliment, Nona! I hope it serves me well when I get older, too. I've often told my friends and family members that the worse thing that could happen to me when I grow old is to get alzheimer's. I'd hate to lose my mind. Can you imagine not being able to recognize friends and family members, to have no recollection of certain people? Frightening thought!

I'm not sure if writers have better memories than the average person, or if we are just very aware of sensory cues around us. I can recall childhood memories of when I was three years old, but those memories are based around objects, such as a teddy bear I was holding, or what was going on in the background while I heard my mother's voice.

I don't know that writers have a better memory than other individuals. It may just be that to write, one has to have an imagination, which probably means we do remember things - but, for me, only the things I want to remember.

Lots of my childhood I have blocked out, yet there are wonderful moments that I can still see in technicolor and hear in surround sound! Moments that will probably live forever in my mind. And there are the occasional flashes of vivid memory when I get together with family and we are talking about "the old times." Things I had not thought about in years become as clear as if they happened yesterday.

My wife can probably tell you just about every day of her life, yet she does not write stories. But her memory of everything is unbelievable.